2.04.005 Council Rules of Procedure to be Adopted by Resolution

Pursuant to Wood Village Charter Chapter IV, Section 14, the Wood Village City Council shall adopt rules for the government of its members and proceedings by resolution. The City Council may amend such procedures from time to time as the Council deems appropriate. (Ord. 6-2011).

The Manager shall be appointed for an indefinite term. Appointment and removal of the Manager by the Council shall require the prior consent of a majority of the full Council recorded at a public meeting. The Manager shall serve at the discretion and pleasure of the City Council.

The City Manager shall:

No member of the Council shall directly or indirectly, by suggestion or otherwise, attempt to influence or coerce the Manager in the making of any appointment or removal of any officer or employee or in the purchase of supplies; or attempt to extract any promise relative to any appointment from any candidate for Manager; or discuss directly or indirectly with him/her the matter of specific appointments to any City office or employment. Nothing in this section shall be construed however, as prohibiting the Council from fully and freely discussing with or suggesting to the Manager anything pertaining to City affairs or the best interests of the City. (Ord. 14-2000 § 1 new).

Before assuming the duties of office, the Manager shall give a surety bond for such penal sum as the Council shall necessary to safeguard the finances of the city, which bond shall be executed by the manager as principal, and as surety by a corporate surety company authorized and licensed by the Insurance Commissioner of the state of Oregon to transact a surety business within the state of Oregon, and which bond shall continue in full force and effect during the incumbency of the Manager. Such bond shall be approved by the Council. All premiums for surety bonds for the Manager shall be paid by the city.

At the discretion of the Council the City may purchase insurance in lieu of the surety bond requirement if such insurance is equivalent to said surety bond and is deemed to provide more appropriate coverage.(New Ord. 8-2007 § 1, Ord. 5-2015).

The City Recorder is the person or persons designated by the City Manager to perform the functions of the city recorder as set forth in the Charter, Municipal Code, and state statute.

The office of pro tempore municipal judge of the municipal court of the city is created. (Ord. 2-1974 § 1)

The municipal judge pro tempore of the municipal court of the city shall be appointed by and hold office at the pleasure of the Wood Village City Council. The City Council shall be the sole judge of the qualifications necessary for the appointment of such office. The amount and manner of compensation payable for the services of said judge pro tempore shall be provided by the Council. (Ord. 2-1974 § 2)

The municipal judge pro tempore of the municipal court of the city shall serve and act only when the chief municipal judge of the city, the City Recorder, is unable to perform his duties by reason of absence from the city, illness, vacations, or disqualification by reason of knowledge or relationship to the cause before him, or in case of disqualification due to potential or actual conflicts relating to the matters at hand. (Ord. 2-1974 § 3)

The first appointments shall be made so that the terms of three of the Commission members, including the City Council member, expire on December 31, 1992 and the terms of the two remaining members, including the Planning Commission member, expire on December 31, 1991. Thereafter, appointments shall be for terms of two years. Three consecutive unexcused absences for any commissioner shall constitute an automatic resignation and the position is then vacant. An unexcused absence is any absence from a regular or special meeting of the Commission without the prior authorization from the Commission Chair. Should the Chair require an absence, the Chair must report such in advance to the City Manager. Vacancies shall be filled by the City Council for the unexpired portion of the vacant term. (Ord. 3-1990 § 2; Ord. 14-2010)

The Parks and Recreation Commission shall be advisory to the City Council on matters pertaining to development, operation and maintenance of city park facilities and recreation services for the public. Responsibilities shall include recommending an adequate system of recreation areas and facilities, and reviewing the effectiveness of the city’s park and recreation program in meeting the public need. (Ord. 3-1990 § 4)

The membership of this Commission shall consist of five members who shall be appointed by the City Council; one member of the Commission may be a city officer who shall serve as ex officio members without vote; all other members shall be voting members. Commission members shall receive no compensation but shall be reimbursed for duly authorized expenses. (Ord. 1-1974 § 2, Ord. 5-2015)

At the first meeting of the Commission the members thereof, except the ex officio members, shall choose their terms of office by lot as follows: one for one year, two for two years, two for three years, and two for four years. Immediately thereafter, the members shall notify the Council in writing of such allotment. Their successors shall hold office for four years; vacancies shall be filled by the City Council for the unexpired portion of the vacant term. A member may be removed by the City Council after hearing for misconduct or nonperformance of duty. Three consecutive unexcused absences for any commissioner shall constitute an automatic resignation and the position is then vacant. An unexcused absence is any absence from a regular or special meeting of the Commission without the prior authorization from the Commission Chair. Should the Chair require an absence, the Chair must report such in advance to the City Manager.
(Ord. 1-1974 § 3, Ord. 14-2010)

The Commission may make and establish such rules and regulations as prove necessary for its government and procedure, consistent with the laws of the state, the City Charter and ordinances; a majority of the members of the Commission constitute a quorum; meetings shall be held as necessary to complete all issues pending before the Commission. The City shall assure the Planning Commission has appropriate staff capacity to maintain all official records, complete notice and posting requirements, and to receive appropriate reports on issues pending for consideration.

A member of a Planning Commission shall not participate in any Commission proceeding or action in which any of the following has a direct or substantial financial interest: a member or his spouse, brother, sister, child, parent, father-in-law, mother-in-law, any business in which he is then serving or has served within the previous two years, or any business with which he is negotiating for, has an arrangement or understanding concerning prospective partnership or employment. Any actual or potential interest shall be disclosed at the meeting of the Commission where the action is being taken. (Ord. 1-1974 § 7)

The Commission is charged with the express duty of administering and enforcing the zoning ordinance of the city and shall have the powers and duties set forth therein and govern themselves accordingly; in addition, the Commission is charged with the duties and given the powers as set forth in Oregon Revised Statutes, Chapter 227, as may be applicable to Planning Commissions so formed, and in particular those enumerated in Oregon Revised Statutes 227.090. At all times, said Commission shall act in a manner consistent with the laws of the state of Oregon, the Charter and ordinances of the City. (Ord. 1-1974 § 8)

2.24.090 Coordination with other governmental agencies

In those instances in which other governmental agencies, including those agencies of other cities, Multnomah County, a regional or state agency, may be involved by their duties in the processes of determining overall area planning or land use guidelines, directives or requirements which could or may relate to the planning and land use function of the city, this agency shall, upon directive given by resolution of the City Council, have the responsibility to coordinate the planning functions of the city with those of the other agency or agencies concerned, consistent with the goals and objectives set forth by this Commission and adopted by the City Council and consistent with the ordinances and resolutions and policies of this city pertaining thereto. This Commission may, upon directive of the City Council, appoint one of its members to serve as a “coordinating” member of such other agency or Commission to serve as representative of this Commission and the City thereupon. (Ord. 1-1974 § 9)

Such expenses as the Commission may lawfully incur, including the necessary disbursements incurred by its members in the performance of their duties as members of the Commission, shall be paid from duly appropriated funds designated therefore, and subject to all adopted administrative and policy requirements adopted by the City.

The City Council of the City of Wood Village d serves as the local contract review board under ORS 279A.060. The City Council shall exercise all of the powers conferred on the local public contract review board by state law, except as those powers may be limited by the City Charter. The City Council may adopt and amend public contracting rules, special procurements, and exemptions pursuant to the State of Oregon Public Contracting Code by resolution. (Ord. 8-2002 § 1; Ord. 3-1976 § 6,)

Upon the approval and resolution by the City Council as a whole, a city development agency may be established for the purpose of promoting and assisting in the development of recreational, tourist, commercial and industrial facilities within the city, either directly by the city or through private means and organizations, in such ways and manner as would promote the best interests of and benefit the city, its residents and inhabitants. (Ord. 1-1979 § 1 (part))

If such an agency is created, an advisory board shall be established, consisting of not more than five interested citizens who are residents of the city, one of whom shall be a member of the City Council; the board members shall be appointed by and serve at the pleasure of the City Council. It shall be the purpose of the board to formulate plans and projects and otherwise recommend procedures to the Council, which shall promote and encourage the development of tourist, commercial and industrial and recreational facilities within the city, which shall, in fact, promote and benefit the city, its residents and inhabitants. (Ord. 1-1979 § 1 (part))

The city development agency, if established, shall be funded by the city by the designation of not more than one percent of the tax collected under Section 3.08.020; provided, however, that said agency shall be authorized to accept donations and contributions from interested persons and organizations to assist in its work. No member of the development agency shall receive a wage or salary for his or her service thereupon, and all expenditures must be made in accordance with established budgetary procedures and only after Council approval. (Ord. 1-1979 § 1 (part)) 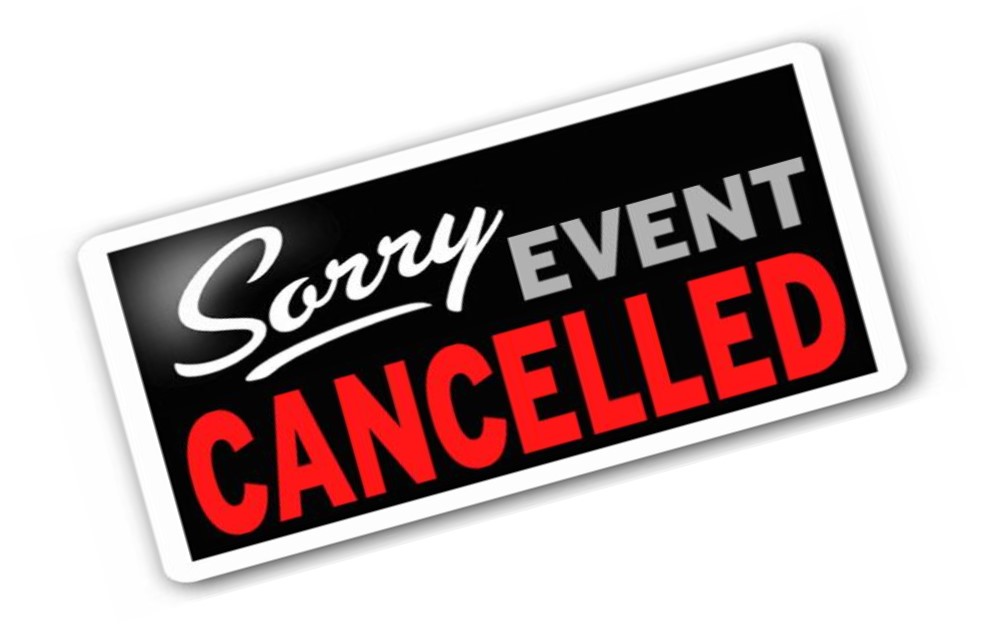 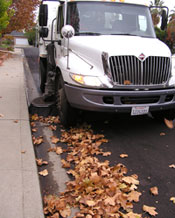 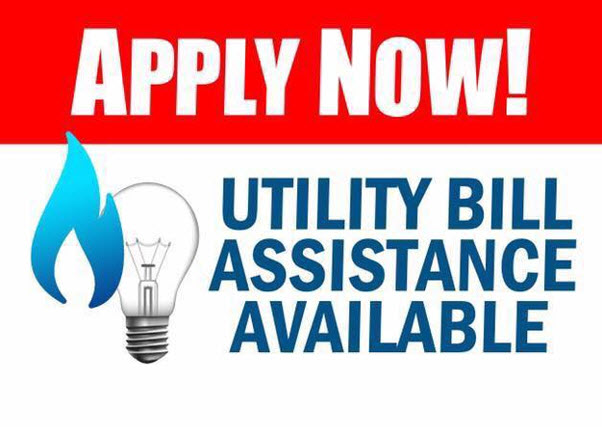 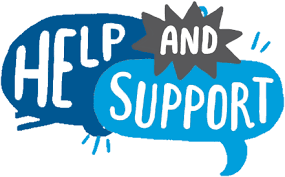 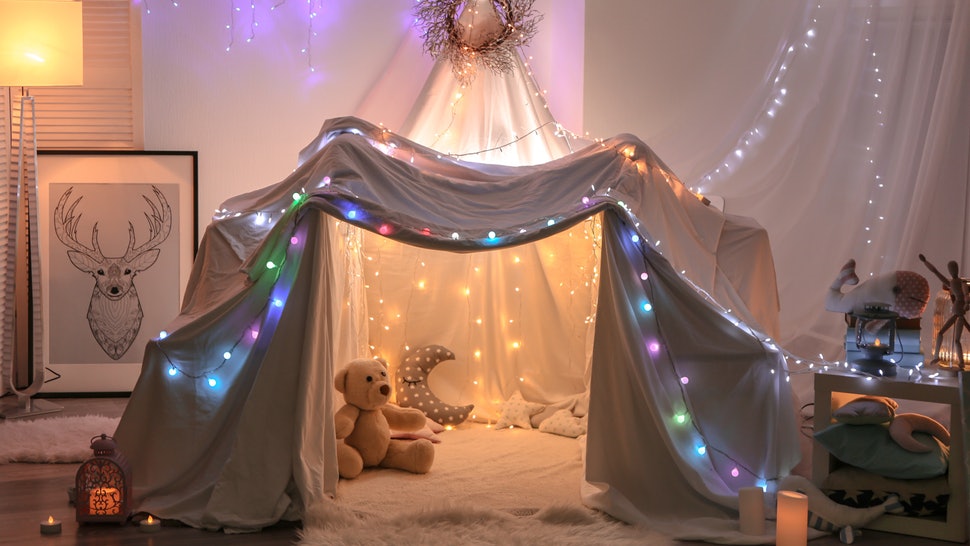 Activities and Learning Tools During Shelter In Place 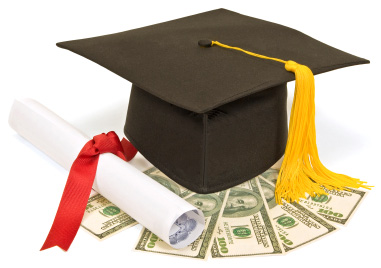